His real name is Constantine Alexander Papadopoulos, but everyone knows him as Alexander Payne. A second-generation Greek with roots from Aigio, Syra and Livadia, Payne has achieved a lot in the Holywood world. As a screenwriter and director, he manages to strike a balance between art and business, while those who know him speak of how he can achieve great results by using only minimum production- this trait earned him the title “the small Alexander the Great of America”

His latest significant attainment was the Oscar for adapted screenplay for “The Descendants”, starring George Clooney. The film was  nominated for three more Academy Awards- best picture, best director, best male actor in a leading role and best editing.

However, Payne’s career includes several even more important highlights: In 2002, his excellent collaboration with Jack Nicholson in “About Schmidt” earned him two nominations for the golden statuette, while in 2004 “Sideways” was nominated- a coincidence?- for five Oscars and succeeded in winning the best screenplay Award.

He prefers to speak with his works, but, when necessary, he can do just as well in Greek, a fact he proved at the Academy Award ceremony. Addressing his mother, who was seated among the attendees, he dedicated the prize to her adding “I love you a lot, mum”.

He has declared that he is ready to make a greek-language movie, which will be filmed in Greece. Payne’s parents, George and Peggy, who also have two younger sons, run their own greek restaurant.

His movie, «Nebraska» got six Academy Award nominations, including best picture and director for Payne. It’s the highest total of any of Payne’s six movies. 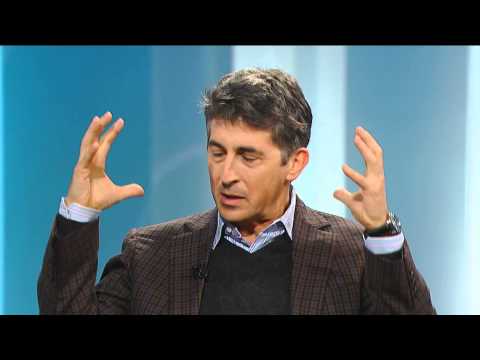