Christos Maravelias is a Professor of chemical and biological engineering at the University of Wisconsin–Madison.

The Greek researcher is in the team that discovered new process for obtaining high-value products from biomass. UW-Madison researchers and collaborators have developed a new ‘green’ technology for converting non-edible biomass into three high-value chemicals that are the basis for products traditionally made from petroleum.

The researchers, led by James Dumesic, professor of chemical and biological engineering, published their results in the journal Science Advances. Their new process tripled the fraction of biomass converted to high-value products to nearly 80 percent, also tripling the expected rate of return for an investment in the technology from roughly 10 percent (for one end product) to 30 percent.

Several industry sectors may benefit from the new technology. Pulp and paper mills can turn two currently unused biomass fractions — hemicellulose and lignin — into commercial products, in addition to making paper from cellulose. With an additional step that increases its purity, they can also spin cellulose into fibers to produce textiles.

Christos was born in 1973 in Athens, Greece. He obtained his Diploma in Chemical Engineering at the National Technical University of Athens in 1996. Next, he moved to the London School of Economics (London, UK), where he received an MSc in Operations Research in 1997. After completing his military service in 1999, he went to Carnegie Mellon University where he started his doctoral studies under the supervision of Professor Ignacio Grossmann.

In the fall of 2004 he joined the faculty of the Department of Chemical and Biological Engineering at the University of Wisconsin as an assistant professor.

He is a recipient of the Inaugural Olaf A. Hougen Fellowship (University of Wisconsin), an NSF CAREER award, as well as the 2008 W. David Smith Jr. Award from the CAST division of AIChE. 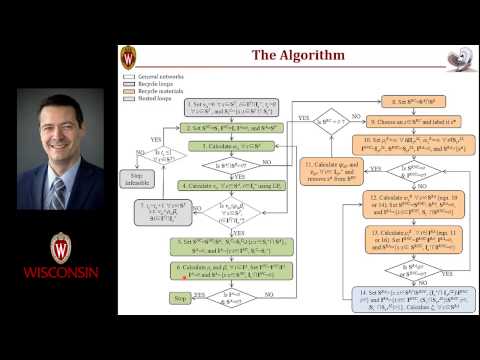