Kevrekidis is the 29th Bloomberg Distinguished Professor appointed across Johns Hopkins, joining this interdisciplinary cohort of scholars who are working to address major world problems and teach the next generation. The program is backed by a $350 million gift from Johns Hopkins alumnus, philanthropist, and three-term New York City Mayor Michael R. Bloomberg. At Hopkins, Kevrekidis will develop computer models that utilize a novel, “equation-free” approach that incorporate data mining and machine learning techniques to apply motion observed in small space-time scales to events and systems on larger scales. His work will help oncologists in the School of Medicine study how cancer cells move and interact with other cells. He will also help scientists analyze outcomes for patients in the Prostate Cancer Precision Medicine Center of Excellence.

His research interests include scientific computation for complex/multiscale systems modeling; process dynamics, computer modeling, and applied mathematics; spatiotemporal pattern formation; and nonlinear system identification and control. With his work, he has contributed significantly to the modern science of chemical engineering and engineering sciences in general.

He has received many prestigious awards. He received the 2003 SIAG/Dynamical Systems J. D. Crawford Prize from SIAM (Society for Industrial and Applied Mathematics) for outstanding research in nonlinear science and in 2010 he received the Richard H. Wilhelm Award from AIChE.

Prof. Kevrekidis was selected to receive the 2016 W. T. and Idalia Reid Prize. The Prize, consisting of an engraved medal and a monetary award of $10,000, is awarded every year by the Society of Industrial and Applied Mathematics (SIAM) at their Annual Meeting. Kevrekidis was cited for his “pioneering work on the ‘equation-free’ framework for computational study of complex dynamical systems, and for many contributions to control theory and its applications.”

He has been also honored by Institutes such as The David and Lucile Packard Foundation, the American Institute of Chemical Engineers, the Caltech (California Institute of Technology) and the Max Planck Institute of complex systems. 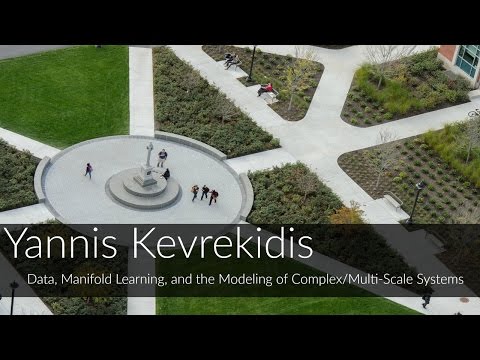