Made a more economical robotic arm by 3D printing

Minas Liarokapis is founder of OpenBionics and a co-founder and technical coordinator of the Open Robot Hardware and HandCorpus. His research focuses on human robot interaction, robot grasping and manipulation, prosthetics, machine learning and pattern recognition.

M. Liarokapis with Agisilaos Zisimatos, Christoforos Mavrogiannis and George Kontoudis formed the now world-known OpenBionics at the lab of the National Technical University of Athens with Kostas Kyriakopoulos as supervisor professor. Having bought a €60.000 robot hand from German Space Agency, they soon realized that the price was too high for a hand that wasn’t so practical. So they decided to make one with €180 and open to the public by building it with a 3D printer.

With this idea, they managed to win the first place in the 2015 Robotdalen International Innovation awards in Sweden and the 2nd place in the 2015 Hackaday contest, the most famous open hardware innovation contest in the world. Their goal now is to develop exoskeleton solutions or human augmentation for helping the productivity and ability of the human body.

M. Liarokapisis is also the co-founder of HandCorpus, an open access repository for sharing and retrieving human and robot hand data and of Open Robot Hardware that serves as a resource for efforts focusing on Open and Open Source mechanical and electrical hardware, with a particular focus on projects that may be useful in robotics applications, robotics research and education. 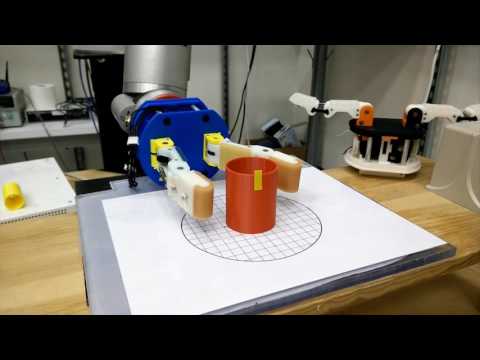