Behind the production of successful Hollywood movies and tv series

In the past decade, Peter Mavromates has worked generally serving as post-production supervisor. One thing that many of his projects have in common is the director: David Fincher. Mavromates knows that working with Fincher means the standards will be high, but he likes it that way.

But how did he decided to follow this careeer? “I can’t name a specific film where it started, but I do remember one thing that really struck me when I was watching movies – I really believed as a child that Hollywood had time machines, and I wanted to go travel in those time machines”, says Peter at a past interview.

What a post production supervisor does is managing the process from acquisition of media to the actual release. Once the image has hit the sensor it becomes his responsibility to manage how that image gets to the other end of the process and gets out to theatres. “I also help manage the visual effects in David’s movies, which range from small retouches all the way up to big sequences. We look at David as our visual effects supervisor, and I help manage where shots are done, how they’re executed, and what elements we need”, says Peter.

Mavromates started working with David Fincher when he met the latter at Propaganda Films, a company founded by Fincher. “I was attracted to the company not because I knew who David was, but because they had this amazing logo! I thought that anyone who had a logo like that had some serious chops, and I was right. I worked there for about 18 months doing post-production on special projects, two of which were David’s. One was a commercial and the other was a Michael Jackson music video for the Dangerous album”, says Peter.

After a while, Mavromates went off and worked on SeaQuest for a few years. When the movie “The Game” came up (David’s movie) they phoned him and that is when he realized they started developing a relationship. “I like to be around people that I’m going to learn from and David, more than anybody else I’ve worked with, fits that category”, says Mavromates.

House of Cards: The Greeks who participate in the “phenomenon” tv series 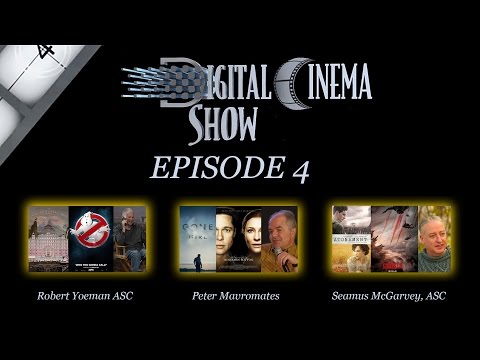