Anna Louizos is a scenic designer and art director who has received several Tony nominations for her work, but she is known for her Tony Award-nominated sets for the musicals In the Heights and High Fidelity, as well as the London, Broadway, Las Vegas, and touring productions of Avenue Q.

She is of Greek origin, her father was born in Athens and her mother’s parents are both from Greece, Samos and Zakynthos. She was born on the 24th of June 1957. She grew up in Yuba City, California. She saw her first Broadway musical, Applause with Lauren Bacall, at age fifteen. Interested in performing as an actress, Louizos studied at Mills College, Oakland, before transferring to New York University to complete a degree in acting..”Instructors recognized her talent as a visual artist, and progressively her post-graduate focus shifted to design,” wrote Andy Smith of Broadway Cares/Equity Fights AIDS. She used to live in the East Village, Manhattan, New York City. She received a Master of Fine Arts in Scenic design from NYU Tisch School of the Arts.

Louizos served as art director at the 47th Tony Awards in 1993, and was associate scenic designer for the Broadway musical The Red Shoes in December of that year. She continued as an associate designer with the Broadway production of The Scarlet Pimpernel (1997) at the Minskoff and Neil Simon Theatres. From April to June 2000, she was associate scenic designer for the comedic play Taller Than a Dwarf and Uncle Vanya on Broadway.

Her first major production credit as scenic designer came in 2003, with the critically acclaimed musical Avenue Q. Written by Jeff Whitty, Robert Lopez and Jeff Marx, the musical premiered off-Broadway before opening on Broadway at the John Golden Theatre.

Following the opening of Avenue Q, Louizos became art director for eight episodes of the 2003 television series Sex and the City. Her second Broadway scenic design was for the play Golda’s Balcony at the Helen Hayes Theatre in 2003. Subsequent credits include the Broadway shows Steel Magnolias (2005), High Fidelity (2006), Curtains (2007), In the Heights (2007), All About Me (2010), and Baby It’s You (2011). She also designed sets for the Manhattan Theatre Club 2008 production of To Be or Not to Be on Broadway at the Samuel J. Friedman Theatre.

Other scenic design work includes the regional premieres of Minsky’s, and Vanities, the Musical, as well as the off-Broadway productions of Altar Boyz and Tick, Tick… Boom!. Other off Broadway productions include “Sons of the Prophet”, “Olive and the Bitter Herbs”, “Crimes of the Heart”, “The Foreigner”.

In November 2008, Louizos designed sets for the musical White Christmas on Broadway at the Marquis Theatre and multiple productions in the US since 2004, as well as the UK production. A year later, in November 2009, the musical returned to Broadway in a revival production at the Marquis Theatre. She most recently served as the scenic designer for the Broadway musical Cinderella, which opened in March 2013 at the Broadway Theatre. 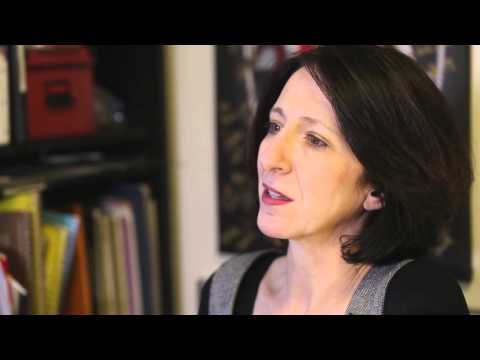