Leading in the research for hypertension and diabetes

George Bakris is a professor of medicine and director of the ASH Comprehensive Hypertension Center at The University of Chicago Medicine. For more than three decades he has worked on the front lines of kidney disease, hypertension and diabetes research and he has made crucial discoveries that had a lasting effect on diabetes and hypertension therapy.

His main specialization is in kidney research and spends his time studying the hemodynamic effects of kidney disease as well as ethnic disparities in kidney disease development and progression. He realized that kidney problems affect the vascular, cardiovascular and metabolic systems.

In his research activities, Dr. Bakris explores why the rate of kidney disease is significantly higher in the African-American population than it is in other ethnic groups and is investigating how to improve the function of the arteries with different blood pressure-lowering agents.

He has also crossed over into overlapping therapeutic areas like CVD (CardioVascular Disease) and diabetes management.

Dr. Bakris is an expert in the interpretation of Ambulatory Blood Pressure Monitoring (ABPM), a technique that gives physicians a more accurate reading of a patient’s blood pressure.

He is the Editor of Am J Nephrology and the Hypertension, Section Editor of Up-to-Date, as well as an Assoc. Ed of Diabetes Care and Hypertension Res. He serves on more than 14 different editorial boards. 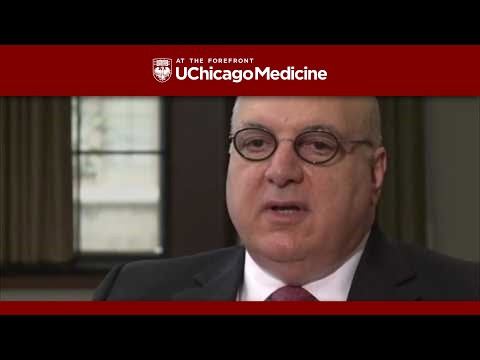