He puts the Greek agriculture back in the game

“It’s a pity to import agricultural products from all over the world -such as garlic from China or Argentina- in order to sell them in pharmacies or farmer’s markets, instead of growing our own Greek products, which lack nothing in quality”. In these words, professor of Instrumental Analysis-Organic Chemistry (Agricultural University of Athens) Moschos Polissiou, describes the landscape of Greek agriculture, and underlines the advantages that Greek products have, developing techniques and extraction methods for isolating the quantitative and qualitative components of aromatic and pharmaceutical plants (e.g. Greek red Saffron, Chios mastic gum, Greek oregano, thyme, dittany, rosemary, lavender, garden sage, etc. This is why his name appears in the Thomson Reuters list, with the most influential scientific minds for 2014, 2015 and 2016.

Moschos Polissiou was born on the 6th of October 1948 in Pithio – Evrou, Greece. He attended the University of Brussels (ULB) for his undergraduate and graduate work. He received his B.Sc. in 1971 (Grande Distinction) and his Ph.D. in 1976 (“La plus Grande Distinction”) and was honored with the Award of Royal Academy of Science (“Prix STAS 1976”) in the same year. In 1977 he joined the faculty at the Athens University of Agriculture as Lecturer of Chemistry. He is now Professor of Instrumental Analysis-Organic Chemistry at the same Institution, Director of Chemistry Laboratory and ex- Vice-Rector for Academic Affairs and Personnel.

His research interests involve isolation, identification and study of the main components of natural products by spectroscopic and analytical methods, study of synthetic and natural products as anticancer agents, study of the stereochemistry of biologically active compounds by molecular modeling and development of new techniques for the classification-identification of pollen and microorganisms by FT-IR spectroscopy.

He is the author of two books and has published numerous papers (150) in international scientific magazines. He has a total citation of 4330 -excluding self citations of all authors and an h-index 36. He is an editorial Board member of many International journals and Scientific Associate of the Hellenic General Secretariat for Research & Technology. He is also the supervisor in many research projects organized by the E.U., and the Director of Chemistry Laboratory in the Agricultural University of Athens since 1993. 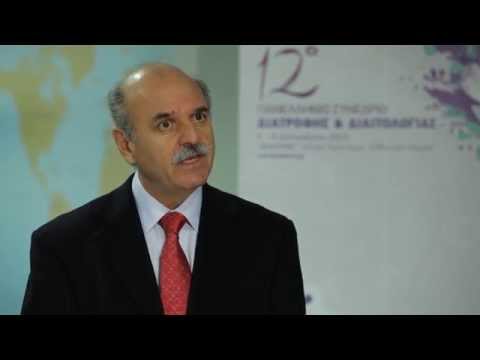