One of the most promising Greek composers

Antonis Kaloudis is one of the most promising composers of the Greek music community.

He graduated from the Athens College in 2009, and after a short time of communication studies, he moved to Boston where he joined the Berklee College of Music. He there got 2 diplomas, one in classical composition and another in music for films and media.

He returned to Greece in September 2015 and has been preoccupying with greek music ever since.
“My dream is to follow the footsteps of all the great greek composers and write folk songs and international greek instrumental music”, says Antonis on ellines.com.

In 2012 he released an instrumental album with the title “Athena”.

“In the Boston area, where the Berklee buildings are situated, the students carry their instruments and draw the attention of the passers-by who sitt to gaze at them and photograph them. We had entered into the Mecca of music world. The Berklee is the University of 266 Grammy Awards, the Oscar’s and Tony’s and everyone understands that each and every day. We felt that we had the same starting point with other famous students like Quincy Jones, Dianna Krall, Howard Shore and thousands other music legends. Our teachers, who are great names of American music industry, behaved as if we were their colleagues, and narrated stories like how within this room Aerosmith came together as a band, as well as Dream Theatre and other famous bands that passed through their hands. We were encouraged to work first of all in our own compositions and always helped us improve. We listened daily into the work of our other classmates and while one day you left the classroom with the confidence that you are the best there, the next day you felt like the worst… For such an academy we are talking.” he notes.

On his coming back to Greece in 2015, he composed the theme song for 12 regional television greek channels, including Attica TV, TRT and IRIDA, which are part of the HellasnetTV network. He also wrote music for tv and radio commercials and theme songs for tv shows.

He is currently collaborating with the tv/radio station ACTION, writing theme songs for their news and their shows.
What is the next step for Antonis? “For the next season, I am preparing the first set of my greek songs and also a new album with instrumental music”, he adds.

In September he will be starting a radio show, which will be evolving around greek music, culture and the hidden stories behind each song. 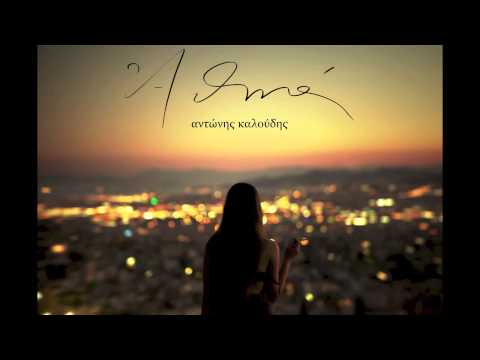