Kayla Itsines is a Greek-Australian fitness guru and award-winning personal trainer. She has managed to build a fitness empire with more than 5,3 million followers on Instagram and 7,2 million on Facebook.

The 24-year-old Greek Australian personal trainer started her journey towards fame eight years ago and has now built a fitness empire. Her followers include models and Hollywood celebrities.

K. Itsines launched her own training and nutrition guide “Bikini Body Guides” (#BBG) after completing a personal training course at the Australian Institute of Fitness.

“As soon as I started the personal training course I was like ‘This is exactly what I want to do, this is the most amazing feeling being able to train women’.”

Shortly after, she developed a 28-minute high intensity workout targeting the whole body, and in 2015 her first e book and Sweat with Kayla application was released which is now available in five different languages.

Within a few years, the fitness guru created a global community while travelling around Europe, the US and Australia, hosting boot camps and meeting her social media followers.

In a 2014 interview with Today Tonight, K. Itsines said that she did not care if her Instagram posts were helping two women or a thousand women, she just wanted to spread her health and fitness message. The fitness star is an advocate of the Mediterranean diet and admits that one of her biggest weaknesses is her grandmother’s traditional Greek cooking.

“Dinner is my favourite meal of the day. I get to relax at home with my boyfriend and puppy. It’s so cold in Adelaide at the moment, so I’ve been making my favourite winter dish — Avgolemono. It’s a fluffy lemon and rice soup with chicken. It’s our favourite dish and relatively easy to make. I’m Greek also, so it’s tradition for me.”

New York Times made a tribute to the Greek fitness guru, who has takes social media by storm. The article is entitled “Kayla Itsines Is Winning Instagram Followers, One Ab Post at a Time”.

Furthermore, the Advertiser announced the list with the 10 most inspirational people in South Australia for 2015 and Kayla Itsines was among this list.

The phenomenal success of the Adelaide-based business was recognized in the prestigious Ernst and Young Entrepreneur of the Year Awards, with the Bikini Body Training Company winning the national prize as Australia’s emerging business of 2015.

“We want you to be healthy, fit, strong and confident” she said. That is the aim of the company she runs with her life partner Tobias Pearce.

She was also featured in the list Financial Review Young Rich 2017,  which charts the money-making trends of the country’s most talented entrepreneurs. The Greek fitness guru and her fiance are ranked in 40th place with a total fortune of $63m.

Greek fitness queen among the most inspirational people in Australia

2 Greeks among the richest young entrepreneurs in Australia for 2017 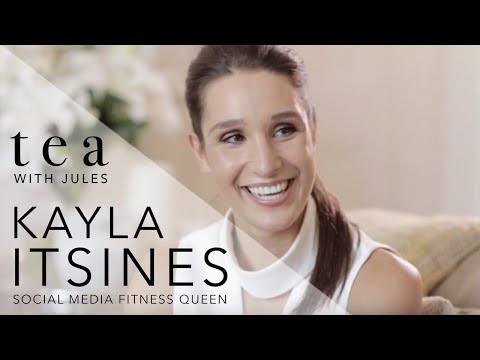