Dr. Lydia E. Kavraki a Computer Scientist and the Noah Harding Professor of Computer Science and Bioengineering at Rice University. She is known for her work on motion planning and bioinformatics. In May 2016 she won the Presidential Award for Mentoring. The award is given to a Rice University faculty member who demonstrates strong commitment to mentoring graduate or undergraduate students.

Her research contributions are in physical algorithms and their applications in robotics (robot motion planning, hybrid systems, formal methods in robotics, assembly planning, micromanipulation, and flexible object manipulation), as well as in computational structural biology and bioinformatics.

Her method, the Probabilistic Roadmap Method (PRM), is hailed for providing a paradigm shift across the robotics community, as it utilizes randomizing and sampling-based motion planners to path plan, a simpler technique than had been previously used (one that meant that all applicable path space had to be explored and taken into account).

Dr. Kavraki is the recipient of the Association for Computing Machinery (ACM) Grace Murray Hopper Award for her technical contributions. She has also received an NSF CAREER award, a Sloan Fellowship, the Early Academic Career Award from the IEEE Society on Robotics and Automation, a recognition as a top young investigator from the MIT Technology Review Magazine, and the Duncan Award for excellence in research and teaching from Rice University.

Dr. Kavraki has authored more than 200 peer-reviewed journal and conference publications and is one of the authors of the robotics textbook titled “Principles of Robot Motion” published by MIT Press. In 2002, Popular Science magazine listed her in their “Brilliant 10” awards, and in the same year Technology Review listed her in their annual list of 35 innovators under the age of 35.

Dr. Kavraki is currently on the editorial board of the International Journal of Robotics Research, the ACM/IEEE Transactions on Computational Biology and Bioinformatics, the Computer Science Review, Big Data, and PeerJ Computer Science.

She is in the editorial committee for the new Annual Reviews for Robotics, Control, and Autonomous Systems, Annual Review and also a member of the editorial advisory board of the Springer Tracts in Advanced Robotics. She is a Fellow of ACM, IEEE, the Association for the Advancement of Artificial Intelligence (AAAI), the American Institute for Medical and Biological Engineering (AIMBE), the American Association for the Advancement of Science (AAAS), the World Technology Network (WTN), and has received the Texas Women in Science Award by BioHouston.

“I’m fortunate that I’ve had this position, that I’ve had varied experiences that enabled me to reach this point”, she said at a past interview. But can mentoring be separated from teaching? “I think it is very important to mentor students while you teach. Mentoring and teaching are not separate activities, it is one thing. And I enjoy it, I like it. I think I can make a difference for some people”, she adds at the same interview.

In January 2017, Rice Univercity announced that it is one of 40 academic partners of the new robotics manufacturing institute, which will be created in Pittsburgh with total funds of 253 million dollars. Its team will be led by Lydia Kavraki. 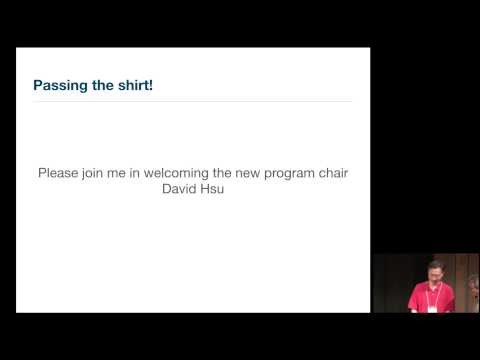