Cristin Milioti is an actress and a Grammy awarded singer, mostly known from her appearances in the movie “The Wolf of Wall Street” and from the sitcom “How I Met Your Mother”.

Milioti was born on 16 August 1985 in New Jersey in the United States. Through middle school, Milioti loved acting at Long Lake Camp for the Arts in New York. She graduated Cherry Hill High School East in 2003 and then took acting classes at New York University.

Her first television appearances were parts in national advertising campaign ads, notably one for the Ford Edge.
In 2006 she appeared on the TV series “3 lbs.” as Megan Rafferty. Her next appearance was on the television series “The Sopranos” as Catherine Sacrimoni. She made there three appearances, two in 2006 and one in 2007.

In 2007, Milioti appeared in the movie “Greeting from the Shore”, three times as a sketch artist in the TV series “The Unusuals” in 2009 and on the same year at the movie “Year of the Carnivore”.

She was the 2010 star of “That Face”, a two-act play written by Polly Stenham, receiving a Lucille Lortel Award nomination for Outstanding Lead Actress.

Milioti then had made several appearances in movies and TV series like “The Good Wife”, “30 Rock”, “Nurse Jackie”, “Ashley”, “The Brass Teapot”, “Bert and Arnie’s Guide to Friendship” as well as others.

In 2013, Milioti appeared next to Leonardo DiCaprio in the movie “The Wolf of Wall Street” as his wife, Teressa Petrillo. The movie had tremendous success with 35 awards, 5 Oscar Nominations and in total 151 other nominations.
Her performance in “Once”, a musical stage adaptation based on the 2007 movie with fellow principal soloist Steve Kazee, earned the 2013 Grammy Award for Best Musical Theater Album.

On the same year, the actress started playing in the series “How I Met Your Mother”. A series nominated for two Golden Globes, with 23 awards and in total 76 nominations. She had the role of Tracy McConnell, as she reveals her face on the last episode of the 8th season and starring on the 9th and last season.

From then on, she had numerous appearances on TV series, in “A to Z” (2014-2015), “Family Guy”, “The Mindy Project”, “Fargo” where she won the Best Supporting Actress in a Movie/Miniseries at the Critics’ Choice Television Awards and “The Venture Bros”. 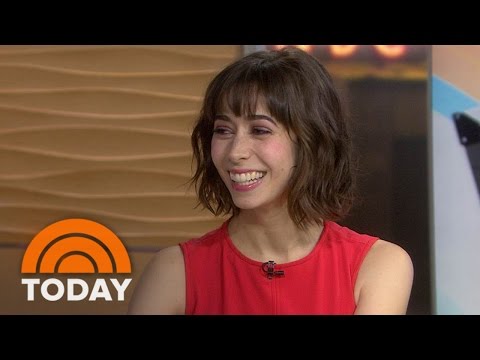