Evan Spiliotopoulos is a famous screenwriter, best known for writing Hercules and Tinker Bell and the Lost Treasure. He also wrote the script for upcoming films, such as “The Huntsman: Winter’s War” and “Beauty and the Beast”.

Spiliotopoulos was born in Greece and completed his high school graduation there. Right after that he moved to the United States, where he went to the University of Delaware to get an undergraduate degree in Film Theory, then he went to the American University for a Masters degree in Screenwriting. After moving to Los Angeles in 1995, his first job in the industry was in the television film Trial by Fire as an intern.

“Evan stands for Evangelos. I moved to the States from Greece straight out of High School. Got an undergraduate degree in Film Theory from the University of Delaware, then a Masters in Screenwriting from American University in DC. In ’95, I made my way to Los Angeles and got a job as an intern on a TV movie called “Trial By Fire” starring Keith Carradine. I ended up working mostly with the line producer. After a few weeks, he asked to read something of mine, liked it and recommended me to a producer named Avi Nesher who had just done a deal with the Sci-Fi Chanel for a series of million dollar movies and was looking for writers to develop his ideas. I was cheap, hungry and able to string two sentences together so, for Avi, I fit the bill. I ended up working on two films as a credited screenwriter and a couple more as “story editor.” The results were… not the best. But they gave me my start — and really served to illustrate how sometimes having any produced credit is better than none. It means you were good enough for a producer to give you a shot, it makes you a more proven and seasoned writer” he said in an interview.

Hollywood has kept a pretty tight lid on the names attached to the reboot of the new “Charlie’s Angels” movie, but yesterday “The Hollywood Reporter” leaked information that the screenwriter of the reboot will be none other than Evan Spiliotopoulos!

Evan Spiliotopoulos was the screenwriter behind the latest “Hercules” movie featuring Dwayne Johnson. He has penned two other Hollywood films, “Beauty and the Beast” and “The Huntsman’s Winter War”. The Huntsman Winter’s War coming out next year and Disney’s live-action Beauty and the Beast in 2017. He was also recently brought on to rewrite Universal’s Wanted sequel.

“Writing bookends my day. I have a room in my house designated as an office. Occasionally, if it’s not too hot, I’ll take my laptop into the garden. But in general I prefer the silence and isolation of the office. I’ll write from 10am to 1, then live until 10pm, then write again until 1am. So six hours of writing generally a day. In between, while engaged in other things, my mind tends to be working on the script” he added.

Not much is known yet about the direction the new “Charlie’s Angels” reboot will take, but we do know that Sony will be producing the movie, and Elizabeth Banks has signed on to direct as well as produce through her Universal-based Brownstone production company.

The most recent “Charlie’s Angels” film remakes based on the popular 70s show came out in 2000 and 2003, and starred Cameron Diaz, Drew Barrymore, and Lucy Liu. 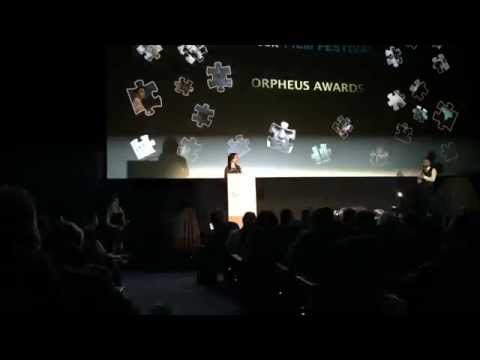