He left Biochemistry for the Oscars

Michael Paleodimos is a cinematographer based in London. He is the Director of Photography in the film “Stutterer”, a film which won the Oscar for Best Short Film, in the 88th Academy Awards Ceremony.

He was born on the 1st of October 1984 in Athens. When he was 17 years old he moved to London in order to study Clinical Biochemistry. Until then he was an amateur photographer, but when he came back to Greece to complete his military service, he had the chance to work with some famous greek magazines ( Esquire, Vogue, Cosmopolitan), before entering the film industry (he first worked as a production assistant for Pulse Films, in London).

Benjamin Cleary is the director or the film “Stutterer”, starring Matthew Needham, Chloe Pirrie and Eric Richard. As Paleodimos says “a couple of years ago my colleague, Benjamin, showed me the script and I war really excited”. That was it. Things become to move rapidly ever since and they started making “Stutterer” with a really small amount of money.

The film was made on shoestring budget of just five thousand pounds, the director rented his room for two months and slept on a friends couch, so every penny could be put into making Stutterer.

“When we started promoting the film in all kind of festivals, we got to realize that people really liked it, that the film had a great impact”, says Michael.

Michael belongs to the young Greeks who left Greece in 2011 in order to pursue their dream, away from the greek crisis. He studied Clinical Biochemistry in England, but his love for photography was stronger. “I was always fond of photography. I grew up in Greece, where nothing artistic is considered to be a real profession, so I decided to turn my hobby into my profession”, says Michael.

The film is about a lonely typographer, Greenwood (Matthew Needham) who strikes up an online relationship with a girl called Ellie (Chloe Pirrie).The thing is he has a small problem, he stutters. So when she suggests they meet up “offline’” Greenwood must face his innermost fears in orde to talk to her.

“On an emotional level, being nominated and winning an Oscar is something we have not yet realized. I will be able to say a lot about it in a few weeks, when it will have grown on me. Practically, this means that I might get a chance in shooting more than just a short film. I could even gain a chance to work in Los Angeles, a place I really love”, says Paleodimos. 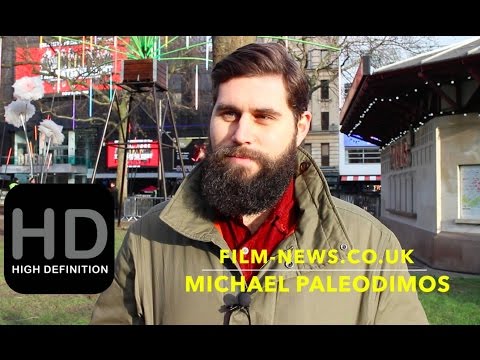