Tries to map the human brain

George Malliaras is a Professor and Head of the Bioelectronics Department in the  École Νationale Supérieur des Mines, in Saint-Etienne, France. His research on organic electronics and bioelectronics has been recognized with important international awards.

Along with his research group he designs cerebral implants. In fact, it is actually membranes made of flexible plastic material, which will adapt on the surface of the brain neurons, in order to track down the cells that are “responsible” for seizures. Similar implants could for example, “read” in the future, the human thought, so as the people with disabilities can move their artifical limbs. These membranes, designer by the Greek researcher and his team in his laboratory, in France, are supposed to  replace, one day, the microscopic electrodes, which neurosurgeons use nowadays in the patients’ brain in order to diagnose their disease.

One of Malliaras’ most famous scientific publication was made a few years ago in the “Science Advances”, where, along with his fellow researchers, presents the manufacture of high tech organic electrochemical transistor devices, suitable not only for diagnostic purposes, but also for therapeutic ones. These transistors can “read” the electrical activity in the human brain.

“We are trying to map the human brain, to understand how billions of neurons actually work inside our head. And this is only natural, it is the next step for the human civilization”, says Malliaras an an interview (Ta Nea).

And what about “drain brain” in Greece? “It is true that the number of the applications that we receive from greek scientists has risen. We already have four Greek doctoral/post-doctoral researchers in our lab. Unfortunately, many great young scientists leave Greece, and this is a problem that affects not only research, but the country as a whole. Let’s hope things will change, and that in the near future these children will be able to return to Greece, to offer their valuable help”, says Malliaras at a past interview. 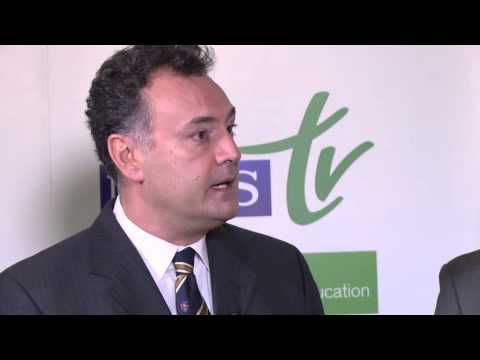