Among the scientists who confirmed Einstein’s gravitational waves

Mairi Sakellariadou is a Professor of Theoretical Physics at the King’s College in London and is one among the scientists in the team that made first direct detection of gravitational waves. The scientific team confirmed Einstein’s theory of general relativity and opened up a new way in which to view the universe.

She gained her Bachelor Degree (B.Sc.) in Mathematics from the University of Athens. Sakellariadou then studied Astrophysics at the Institute of Astronomy, University of Cambridge. She obtained a Certificate of Post-graduate Studies and a Master of Sciences (M.Sc.).

During her stay in Cambridge, she was member of Trinity College and President of Post-graduate students. She then continued her studies at Tufts University, in Massachusetts (USA). She obtained a Master in Sciences and a Doctor of Philosophy (Ph.D.) in Physics. Since completing her Ph.D, Professor Sakellariadou has held research positions at the Université Libre de Bruxelles, Université de Tours, Université Pierre and Marie Curie (Paris VI), Universität Zürich, Université de Genève, and CERN.

She was Associate Professor at the University of Athens, before joining King’s in 2005 as a reader. She was appointed Professor of Theoretical Physics in 2011.

Her field of research is theoretical physics and cosmology, with emphasis on the physics of the early universe. Sakellariadou’s research stands at the interface between cosmology, theoretical particle physics and gravitational theories, testing the most advanced theories against the plethora of astrophysical, cosmological and high energy physics data. 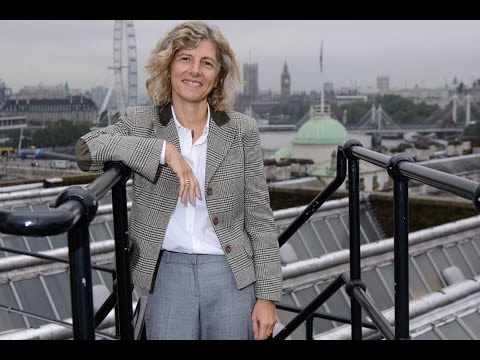