Studies the evolution of species with the help of Bioinformatics

Dr. Alexandros Stamatakis is the research group leader of the scientific computing group in the Heidelberg Institute for Theoretical Studies (HITS), a full professor at the faculty of computer science of the Karlsruhe Institute of Technology and an adjunct professor at the Department of Ecology and Evolutionary Biology at the University of Arizona at Tucson. He specializes in the field of Bioinformatics, and more specifically, he has devoted his research in the study of the DNA of different species, and tries to find out more about their evolution.

Bioinformatics is a science that was created by two factors: on the one hand, the growing number of biological data which were hard to process by scientists, and on the other hand, by the fact that Informatics created huge opportunities for the process of these data in a much simpler way.  Stamatakis develops programs that can be applied to all kinds of organisms (from viruses and bacteria to insects and birds). Stamatakis’ ulterior goal is to reconstruct the tree of life, which is, to develop all the computing tools that will allow him to reconstruct the evolution of all living creatures, based of course on the existing molecuar data available.

“Our goal is to design and produce models which are safe for research, and more important, that will lead us to the automated knowledge discovery from a great deal of data and information, using techniques for grouped data. We understand that Bioinformatics is a scientific procedure that uses algorithms, models and tools that help biologists create new knowledge on their field and improve their know how”, says Stamatakis at an interview in Imerisia.

Stamatakis was born in Saarbrücken, Germany. His father was a Greek political scientist and his mother a German professor in classical singing. At the age of 4 they moved to Greece, where he attended the German school of Athens. His childhood dream was to become a pilot, but finally it was the science of Informatics that attracted him (Munich Technical School and  École Normale Supérieure de Lyon). He did his on-the-job training in Athens, Madrid and Paris. He graduated from Munich Technical School in 2001 (Computer Science) and in 2004 he got his PhD from the same university (parallel computing and reconstruction of evolutionary trees using DNA data).

He never left the field of Bioinformatics and parallel computing, working as a postdoctoral researcher in the Foundation for Research and Technology in Heraklion, Crete, and the Swiss Federal Institute of Technology in Lausanne. In the beginning of 2008 he returned to Munich to start his own independent junior research group (DFG Emmy-Noether grant), initially at LMU and then at TU Munich. In fall 2010 he moved to the Heidelberg Institute for Theoretical Studies (HITS) to start his new job as permanent research group leader of the scientific computing group that also entailed the management of the entire IT HPC infrastructure at HITS until July 2013. In 2012 he was appointed as adjunct professor at the Dept. of Ecology and Evolutionary Biology at the University of Arizona at Tucson and as full professor at the faculty of computer science of the Karlsruhe Institute of Technology.

Even though he resides in Europe, he often visits Crete, where he organizes since 2010 the Summer School of Computational Evolution, in which researchers from all over the world come to participater and to present all the modern methods of biological data analysis. 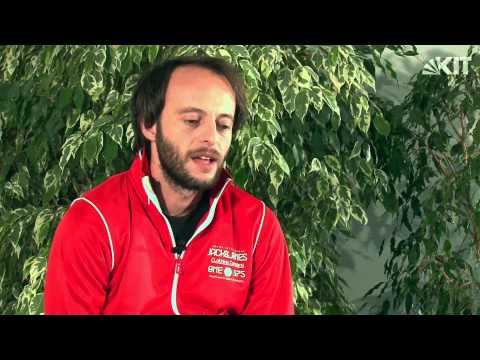