Chancellor of the University of California, Davis

Linda Katehi-Tseregounis is an engineer and a university administrator. Linda Katehi became the sixth chancellor of the University of California, Davis, on August 17, 2009 and first woman to hold the post.

She heads one of the top 10 universities in the world led by a female leader. Chancellor since 2009, she oversees all aspects of the university’s teaching, research and public service mission

Katehi was born on 30 January 1954 in Athens, Greece. She grew up on the island of Salamis and after graduating high School, Katehi attended the National Technical University of Athens. She graduated in 1977 with a degree in electrical engineering making her the first female from Salamis to graduate from college. Katehi received her M.S. and her Ph.D. at Electrical Engineering from the University of California in Los Angeles in 1981 and 1984, respectively.

In 1977 she started teaching at the National Technical University of Athens for two years before she became a researcher at the Ministry of National Defence’s Naval Research Lab in Athens.

From 1984 to 2001, Katehi works as a professor of electrical engineering and computer science at the University of Michigan in Ann Harbor. In 1994 she takes the position of associate dean of academic affairs and graduate education.

In 2002, Katehi becomes an engineering dean at the Purdue University in West Lafayette, Indiana and increases both the faculty by 15% and the research funding within the engineering department.

Katehi in 2005 became the first female provost and vice-chancellor of the University of Illinois at Urbana-Champaign.

In 2009, she became the 6th Chancellor of the University of California, Davis succeeding Larry Vanderhoef and she is also a professor of Electrical and Computer Engineering and of Women and Gender Studies at the university.

Katehi was received numerous awards throughout her career. She has received the AHC Aristeio Award in Academics and the Gabby Award for her achievements in education and academia in 2011, in 2014 she received an honorary degree from the American College of Greece as part of their annual commencement ceremony and on 4 October 2015 the National Academy of Engineering presented Katehi with its Simon Ramo Founders Award recognizing her “extraordinary impact on the engineering profession” and “leadership in engineering research and education.

In October 2012, Katehi was included on the California STEM Learning Network’s list of twelve “Leading Women in STEM”. The Network recognized Katehi for her work in increasing STEM opportunities for women and girls and serving as a role model in the field.

Linda Katehi is a board member at John Wiley & Sons, in the Committee on Institutional Cooperation, at the Cyprus Institute, in Valley Vision, of the Bay Area Council Economic Institute and of the Business Higher Education Forum.

Her work in electronic circuit design has led to numerous national and international awards both as a technical leader and educator, 19 U.S. patents and several additional U.S. patent applications.

Katehi is the author or coauthor of 10 book chapters and she has published more than 600 articles in refereed journals and symposia proceedings. 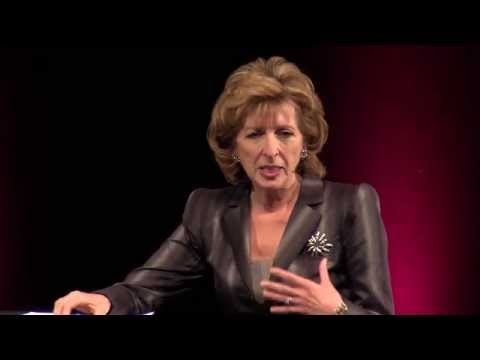