She played in “Grease” alongside John Travolta

Marilu Henner was born on 6 April 1952, in Chicago. Her mother was Loretta Callis (born Nikoleta Kalogeropoulos) and her father Polish. She was raised on the northwest side of Chicago in the Logan Square neighbourhood and she is the third of six children.

While she was studying at the University of Chicago, Henner originated the role of “Marty” in the Kingston Mines production of “Grease” in 1971. When the show was discovered and moved to Broadway, she was asked to reprise the role; however, she chose instead to play “Marty” in the national touring company alongside John Travolta, who played “Doody”.

Additional Broadway credits for Henner include “Over Here!” with Travolta, “Pal Joey”, “Chicago”, “Social Security”, and “The Tale of the Allergist’s Wife”.

In 1977, she made her first film appearance at “Between the Lines”, co-starring then-unknowns Jeff Goldblum, Lindsay Crouse, John Heard, and Jill Eikenberry and her second role was opposite Richard Gere in the 1978 film “Bloodbrothers”.

Henner came to prominence with the role of Elaine Nardo in the situation comedy “Taxi”. She was the leading lady in the 1982 film Hammett directed by Wim Wenders, produced by Francis Ford Coppola and starring her first husband Frederic Forrest.

Henner is now the host of “The Marilu Henner Show”. It airs every weekday morning on more than a dozen radio stations across America.

She has written nine books on diet, health and memory, the most prominent being “Total Health Makeover”, in which she explains the virtues of a non-dairy diet in conjunction with food combining and exercise.

In December 2010, the famous revealed that she had highly superior autobiographical memory (HSAM) during a segment on 60 Minutes. The condition, also known as Hyperthymesia, allows her to recall very specific moments in her life. She went on to talk about HSAM on several programs, including CBS 2, where she showed off her hidden talent.

“You say April 3, 1992 and all of a sudden the whole week starts presenting itself to me. That was a Friday and I was in New York, actually,” she said. 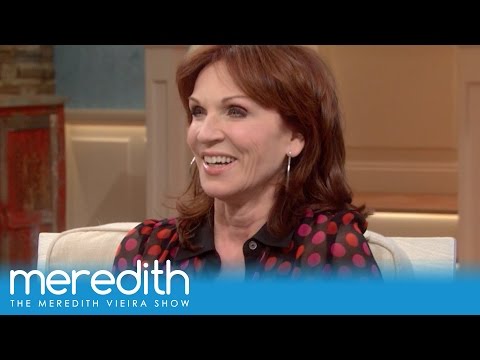