Matthew Bogdanos, is an author, an Assistant District Attorney in Manhattan and a colonel in the United States Marine Corps Reserves and actually is the man who saved the ancient treasures that were looted from Iraq’s national museum.

Bogdanos was born and raised in New York, his parents had immigrated from Greece. Growing up he waited tables in his parents’ Greek restaurant in lower Manhattan.

He joined the U.S. Marine Corps at the age of 19, he left active duty in 1988 in order to join the New York County District Attorney’s Office, where tabloids call him “pit bull” for his relentless pursuit of criminals. In the 1990’s, he led a counter-narcotics operation on the Mexican border and served in Desert Storm, South Korea, Lithuania, Guyana, Kazakhstan, Uzbekistan, and Kosovo.

Losing his apartment near the World Trade Center on September 11, 2001, he joined a counter-terrorism task force in Afghanistan, where he received a Bronze Star for actions against al-Qaeda.

He then served in the Horn of Africa and three tours in Iraq, leading the international investigation into the looting of Iraq’s National Museum, before deploying again to Afghanistan in 2009. Exposing the link between antiquities trafficking and terrorist financing and presenting those findings to the United Nations, Interpol, British Parliament, and the Peace Palace in The Hague, he received a National Humanities Medal from President Bush for his work in helping recover more than 6000 of Iraq’s treasures in eight countries.

He received the Public Service Award from the Hellenic Lawyers of America in 2004, the Distinguished Leadership Award from the Washington DC Historical Society in 2006, a Proclamation from the City of New York in 2007, a Proclamation from the City of Philadelphia in 2009, was Grand Marshal of the 2010 Greek Independence Day Parade, a 2011 Ellis Island Medal of Honor recipient, and was included in a book covering the two dozen “great opening and closing arguments of the last 100 years.”

He is also the author of the book “Thieves of Baghdad”.

Bogdanos is also a former middleweight boxer and he still boxes for the New York City Police Department’s Widows and Children’s Fund. 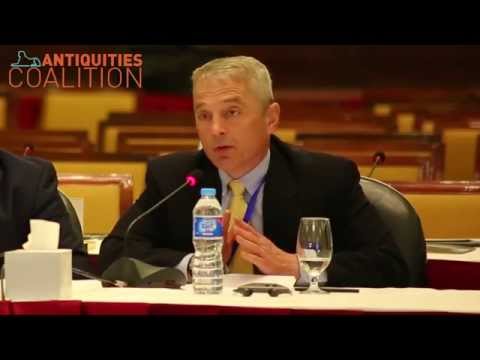