Helene Alexopoulos was one of the most famous ballet dancers in New York, especially in the 90’s. It was the world renowned choreographer George Balanchine who convinced her to join his company, the New York City Ballet, where Alexopoulos had a long and distinguished career as Principal Dancer, performing a wide range of leading roles. She has also appeared in a number of television and film roles and as a spokesperson for the New York City Ballet Workout Book. In 2011, she was honored with the prestigious Jerome Robbins Award for her career in dance.

Alexopoulos is of greek origin and fluent in greek. She started studying ballet in Chicago at the age of 6. Starting at age 14, she began studying with Maria Tallchief, a former NYCB Principal Dancer. In 1977, she came to New York to study at the School of American Ballet on scholarship, and became an apprentice to the company later that year. She joined NYCB as a member of the corps de ballet in 1978. She was promoted to Soloist in 1984, and became a Principal Dancer in 1989. She ended her career around 2002, choosing maternity over dance, having two children, in fact, twins.

“Blessed with a natural glamour that fills the stage, Helene Alexopoulos’s dancing in the New York City Ballet has been a study in contrasts. At her most subdued, she radiates a compelling sense of mystery. At her most dramatic, she moves boldly, even brazenly, exuding passion with either humor or sensuality”, is a description used by the New York Times (May 21st, 2002)*. Although she came to notice early with her long-legged, sleek line and streamlined technique, she did not have a storybook meteoric career. Rather she found herself only gradually and then triumphed (especially in the 1990’s) as a highly individual dancer. Jerome Robbins helped her rebirth as a dramatic dancer when she created a sensation as a singing and dancing Anita in his “West Side Story Suite”. She was wickedly funny and sexy there, as she was as the burlesque dancer in Balanchine’s “Slaughter on 10th Avenue”.

Nowadays, Heléne Alexopoulos Warrick is an Associate Broker for Sotheby’s International Realty, specializing in the sale and purchase of luxury homes. Not only does she represent buyers and sellers in all areas of Manhattan, Heléne is equally comfortable working with a wide network of brokers and clients to help facilitate real estate transactions outside Manhattan. One such collaboration brought about the record-breaking sale for the highest price ever paid for a single-family residence in Bronxville, New York. She has consistently achieved the distinction of being named one of NRT’s top 1,000 sales associates and has been featured in Avenue Magazine’s Leading Ladies of Real Estate. 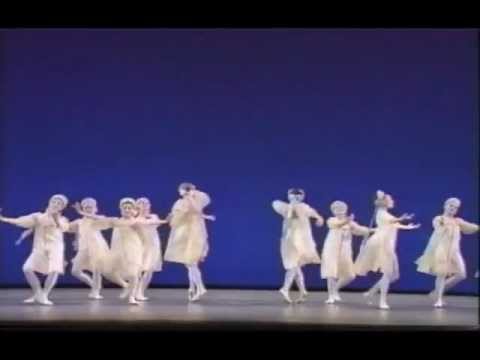