One of the legends of ice hockey

Christos Kostas Chelios, better known as Chris Chelios is a legend of ice hockey, a coach, an instructor and the president of the company CCH Xtreme.

Chris Chelios was born on 25 January 1962 in Chicago in the United States and he is of Greek heritage. He began his hockey journey in Evergreen Park, Illinois, but found opportunities to play evaporated when the family moved to California in 1977.

Later, he tried his luck in Canada, where he was twice cut by Junior B teams in Canada and hit a low point when he had to borrow money from strangers to get home to California.

“I wasn’t any bigger or any better than the other guys, so they weren’t going to take a kid from the States when they could have a local guy,” Chelios said.

He returned to Southern California where he bulked up and after a successful season with the Moose Jaw Canucks of the Saskatchewan Junior Hockey League, found himself drafted by the Montreal Canadiens in the 1981 NHL Entry Draft.

Prior to that, he played for the Moose Jaw Canucks of the Saskatchewan Junior Hockey. Chelios also enjoyed two years playing for the Wisconsin Badgers at the University of Wisconsin–Madison after being drafted.

As one among the top collegiate players in the country, he was selected for the United States at the 1981–82 World Junior Ice Hockey Championship.

In 1983, he was part of the Badgers’ NCAA Men’s Ice Hockey Championship team and was named to the all-tournament team and the second WCHA all-star team.

Chelios was a member of the U.S. Olympic team for the 1984 Winter Olympics in Sarajevo, Yugoslavia.

In 1984-85, Chelios became a full-time member of the Canadiens. During his early days, Chelios was known for his offensive abilities and his teammates even called him “Soft Hands Chelios.” He earned a trip to the National Hockey League All-Star Game and was named to the 1985 NHL All-Rookie Team. He scored 64 points in 74 games, a high total for a defenseman, even in the higher-scoring 1980s. He came second to Mario Lemieux for the Calder Memorial Trophy.

In the playoffs that year, he scored 10 points in 9 games. Although he only played 41 games in the 1985-1986 season, he won his first Stanley Cup, playing in front of Conn Smythe Trophy winner Patrick Roy.

Chelios really hit his stride during the 1988-1989 season. He collected 73 points and was named to the NHL’s First All-Star Team and was rewarded with the Norris Trophy as the league’s premier defenseman. He was named co-captain of the Canadiens, serving with Guy Carbonneau, prior to the 1989-90 season.

On 29 June 1990, Chelios was traded to the Chicago Blackhawks. In his first season with his hometown team, he earned a spot on the NHL’s Second All-Star Team. He continued his strong play for Chicago, and in 1992-1993, was once again awarded the Norris Trophy.

Chris played for EHC Biel in the Swiss League during the 1994-95 NHL lock-out, but returned to enjoy another outstanding season in 1995-96, winning his third Norris Trophy and serving as captain of the Blackhawks. That summer, Chelios was a member of the United States team that won the 1996 World Cup of Hockey, and was named to the All-Tournament Team.

In March 1999, at the age of 37, Chelios was traded to the Detroit Red Wings. The Wings wanted Chelios’s veteran leadership and they received it. In 2002, he was named again to the NHL’s First All-Star Team and that same season, he helped lead the United States to Olympic silver at the 2002 Winter Olympics and was named to the tournament’s all-star team.

With the lock-out cancelling the 2004-05 season, Chelios joined the Detroit Mechanics of the United Hockey League. Along with most NHL players, he returned to the league in 2005-06. That season, he also captained Team USA’s hockey team at the 2006 Winter Olympics; a full 22 years after first competing in the Olympics.

On 8 January 2008, at the age of 45 years old, Chris Chelios became the second oldest player in NHL history, passing Moe Roberts. Only Gordie Howe, who played until he was 52, was older.

Chelios played one final season with the Red Wings in 2008-09 and was a finalist for the Masterton Memorial Trophy for perseverance. After Detroit announced that they would not re-sign Chelios, he signed a try-out contract with the Chicago Wolves of the American Hockey League.

As a coach and instructor, he has head coached the UW-Superior Women’s Hockey Team. UW-Superior is also where Chris earned his Physical Education Degree with a minor in coaching and health. Chelios has spent 14 years of experience of instructing hockey camps, including 7 years of experience with Jeremy Roenick and Chris Chelios Charity Hockey Camp.

“I’ve probably scored hundreds of goals in my hockey career, but I’ve never forgotten my first goal.  That sense of accomplishment is what defines me and it is untouchable by time. I want every child to know that feeling, and that is why I created CCH Xtreme and the All Season Developmental Hockey program.” 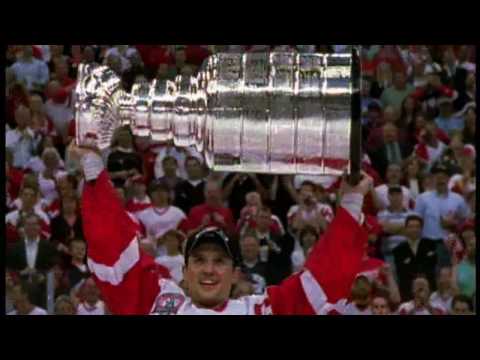