Ernie Anastos is an author and a distinguished Emmy Award Winning TV news legend in the United States.

He has captured the respect and affection of millions of New Yorkers with more than 30 years experience as a key anchor at the top New York TV flagship stations including WABC-TV and WCBS-TV and has hosted on “Good Morning America” and “CBS This Morning.”

Ernie Anastos was born on 12 July 1943 in New York. The Greek journalist is very proud of his Greek heritage.

“I am very proud of my Greek heritage. I am extremely proud of my family and all of the good values and qualities that they’ve passed on to me,” he said.

He is also the creator and host of “Positively Ernie,” a program which aims to inform and entertain viewers with inspirational stories.

Anastos has won more than 30 Emmy awards and nominations and is the first and only New York TV anchor to receive the coveted Lifetime Emmy Award, the highest honour given by The New York chapter of the National Academy of Television Arts & Sciences for his outstanding and personal accomplishments in the television industry.

In 2010, The New York Times described Ernie as “the ubiquitous anchorman,” who has captured the love and respect of New Yorkers.

The Greek journalist has covered the major news stories that have shaped the last three decades, including the 9/11 World Trade Center attacks, and the tragic deaths of Michael Jackson, Princess Diana and John F. Kennedy Jr.

Anastos has met with Fidel Castro in Cuba to produce a series of special reports on the anniversary of the Cuban revolution.

Earlier in his career, as part of an official pastoral trip, he travelled to the war-torn countries of El Salvador and Nicaragua. He has interviewed past U.S. presidents, including Jimmy Carter, George H.W. Bush and Bill Clinton, as well as former Soviet President Mikhail Gorbachev and Nobel Peace Prize winner and South African Bishop, Desmond Tutu.

He has created and hosted information programs for CBS, Lifetime and ABC and appeared in major motion pictures and primetime dramas such as “Independence Day,” “Summer of Sam” and FOX’s “24.”

Anastos is also an author, most recently introducing a series of children’s books titled, Ernie and the Big Newz (proceeds of which are donated to The Make-A-Wish Foundation).

Previously, he wrote a historical book on the lifestyle of America’s youth entitled Twixt: Teens Yesterday and Today, which was featured at the Smithsonian in Washington, D.C., and applauded in The New York Times.

He has also been a regular columnist for leading woman’s magazine Family Circle.

Anastos received a Bachelor of Arts degree from Northeastern University, where he is a noted member of the university corporation.

He also holds Honorary Doctorate degrees in Humanities from Manhattanville College in New York and Curry College in Massachusetts. 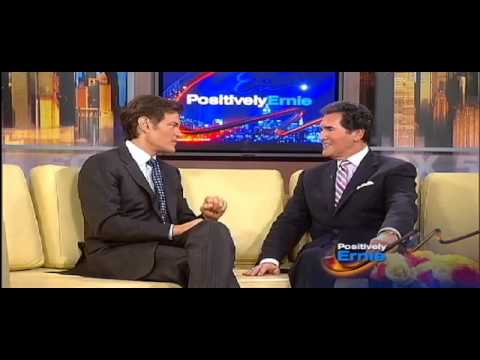