The gifted young pianist who succeeded to fascinate New Yorkers

Eleonora Apostolidi is a 20-year-old piano player who succeeded to enchant the American audience, winning the Gold Metal at the International Young Gifted Musicians Festival “Passion of Music 2015″ of the American Association for Development of the Gifted and Talented.

Apostolidi managed to won the first place against her peers from Australia, Canada, Japan, Singapore, Thailand and America.

She received her gold metal on Sunday 8 March in Carnegie Hall, New York where the competition winners participated in a concert in their honour.

The Greek pianist from Preveza, in northwestern Greece was born on 29 April 1995.

Her passion for music and especially for piano has started at the young age of four.

In 2010, Apostolidi won the first prize at the Greek National Competition of S.A.O.T in Thessaloniki.

A year later in 2011, she won the third place at the Greek National Competition Art.

Apostolidi despite her young age she managed to make her family and her countrymen proud for her talent. 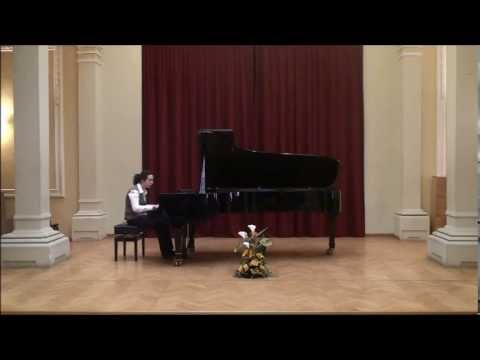