Pioneer in the novel metamaterials research

Costas Soukoulis is a distinguished professor of physics at the Iowa State University. Moreover he worked for the Materials Science and Technology Department at the University of Crete (2001-2011) and he is the founder of the Foundation for Research & Technology in Greece. According to a 2014, 2015 and 2016 Thomson Reuters research, Soukoulis ranks among the top scientists in the world, being a major influence upon the development of his discipline.

His research group’s interest focuses on the development of a theoretical understanding of the properties of disordered systems, photonic crystals, metamaterials, left-handed materials, random lasers, graphene, plasmonics, random magnetic systems, nonlinear systems, and amorphous semiconductors. The theoretical models developed are often quite sophisticated to accurately reflect the complexity of real materials. In addition, we are completing experiments on metamaterials, graphene, plasmonics and photonic crystals.

“We try to use the photonic materials in order to change the the radiation of the so called black body to increase the solar efficiency of the solar cells in order to manipulate the light rays and connect optical fibers to microscopic optical structures”, he stated in a former interview.

He has published over 350 scientific papers.

In charge of the Materials Science and Technology Department at the University of Crete, Costas Soukoulis set to work in cooperation with the outstanding team of the Foundation for Research & Technology. The novel metamaterials constructed according to the calculations of Soukoulis work both as perfect light mirrors and enhancers.

31 Greek researchers among the world’s most influential scientific minds 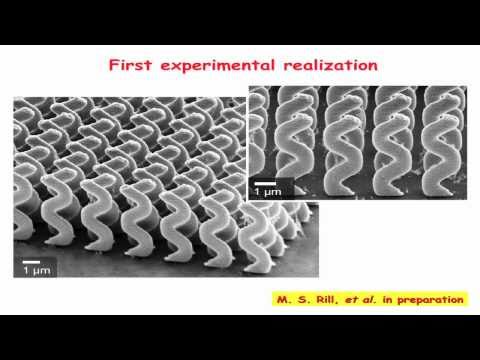