Christos Tsirogiannis is a forensic archaeologist and Research Assistant in the Scottish Centre for Crime and Justice Research at the University of Glasgow. He is determined to draw public attention to the irreparable damage done by looters of antiquities from archaeological sites. Over the last decade he has managed to procure at least 1,000 antiquities.

He studied archaeology and history of art in the University of Athens. Christos received his Ph.D. in 2013 from the University of Cambridge, on the international illicit antiquities network viewed through the Robin Symes–Christos Michaelides archive.

He worked for the Greek Ministries of Culture and Justice from 1994 to 2008, excavating throughout Greece and recording antiquities in private hands.

He voluntarily cooperated with the Greek police Art Squad on a daily basis (August 2004 – December 2008). He was a member of the Greek Task Force Team that repatriated looted, smuggled and stolen antiquities from the Getty Museum, the Shelby White/Leon Levy collection, the Jean-David Cahn AG galleries, and others.

“To loot and trade in stolen goods is not only a crime in that it’s against the law, it’s also a crime against humanity.  Our culture is something that we all own, it’s not something to be stolen and sold for quick gain.  When looters steal objects they rip them from the environment in which they have been for hundreds or thousands of years. The object may turn up again but its context, where it lay in the ground, and the information of what surrounded it, is lost for ever. This is the major catastrophe that looting causes: the irreparable loss of knowledge about our past”.

Since 2007, Christos has been identifying illicit antiquities, depicted in the confiscated Medici, Becchina and Symes-Michaelides archives, in museums, galleries, auction houses and private collections,  notifying the relevant government authorities. In 2013 he won the annual Award for Art Protection and Security from the Association for Research into Crimes against Art.

“The illicit trade in antiquities is vast and crosses all borders. It stretches right from the peasant who finds a marble head while ploughing his fields up to the world’s greatest museums who acquire objects to add to their collections” said Christos.

He has a regular column, “Nekyia”, in The Journal of Art Crime and has published various cases of previously undetected illicit antiquities.

«When the interest is raised at any science, it is always a positive sign for both the country and its people. As far as the Amphipolis matter is concerned, I repeatedly avoided to make any comment because I consider that we do not have all the facts in our hands and in the scientific community we will have it only after the complete publish of all the findings. Until then, it is good for everyone to keep silent cause it breaks the Archaeology’s unbreakable rule and the first rule that 1st graduate students learn, we never guess. The excavation leads us and until it is complete and all the antiquities are officially published, no one is allowed to guess and make statements. The excavation and any monument under excavation always without exception belies the disrespectful ones»

«For the case of Parthenon marbles, I would suggest before claiming that something belongs to us morally, archaeologically, historically and ethnically, first we have to claim it legally so as we can support such demands. Sadly, such a matter will remain groundless as long as we keep smugglers looting and not claiming those which we have a rightful right on them»

«First of all, I became an archaeologist because of my parents, both my parents have Greek ancient names, Pericles and Athena. I remember it was shortly after the discovery of Vergina tomb by the late Manolis Andronikos, in late ’77 early ’78 when the newspapers had black and white photographs of the findings. My parents decided to show me the newspapers and the photographs and in very simple terms, as I was just a four-year old boy, they decided to explain me about the beauty and the creativity not only of the findings but also of their history»

The most important cases of his career:

«If I had to choose a particular case, I would choose the cases of Sxoinousa in April 2006 or a month earlier the case of Marion Troy’s house in Paros island. At Sxoinousas’ case, except of the antiquities which were found and confiscated, among them some were from other countries. These have already been identified and returned, for example in Italy. Also an archive with the largest network of antiquities looters such as Robin Saims and Michailidis was found. This archive was a collection of photographs with priceless pieces, some of the finest pieces ever found by smuggling operations from all over the world and from almost all ancient civilizations»

About returning to Greece:

«I see myself more useful for my country by working abroad rather than living and working in Greece. Here I have the ability to work better, match antiquities, create a database from all those matches and publish the results academically and not just sticking on the matches. Sadly in Greece I didn’t have that chance and as they didn’t require my services, it was better for me to continue my studies abroad and work on the subject I was trained for, in order to help my country» 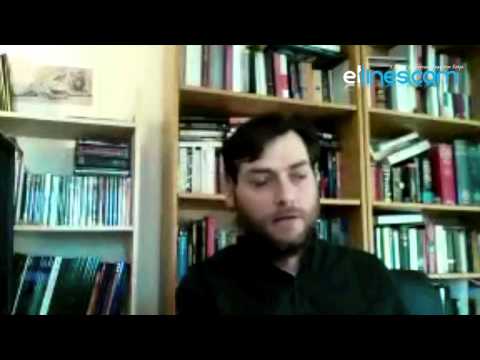