Elisa Konofagou is an Assistant Professor of Biomedical Engineering and also the Director of the Ultrasound and Elasticity Imaging Laboratory at Columbia University. The focus of her ongoing research is the development of novel, ultrasound-based techniques for both imaging and therapeutic applications in diseases like Alzheimer’s and Parkinson’s.

In 1993 she worked as a Biomedical Engineer for the Onassis Cardiac Surgery Center in Athens and also as a Research Assistant for the National Center for Scientific Research Demokritos.

From 1994 to 1999 she was appointed Research Assistant, at the University of Texas and from 1999 to 2002 she became Research Fellow at Brigham and Women’s Hospital of Harvard Medical School.

Since 2003 she has been working as an Assistant Professor at Columbia University in New York after having worked as an Instructor at Brigham and Women’s Hospital of Harvard Medical School from 2002 to 2003.

Her laboratory’s main focus is enabling targeted drug delivery to the brain by opening the Blood-Brain Barrier with focused ultrasound. The Blood-Brain Barrier is the brain’s natural defense. It impedes entry of virtually all molecules from blood capillaries to brain tissue and it is the rate-limiting factor in brain drug delivery. In the future, Prof. Konofagou’s methodology will play a significant part in the treatment of patients suffering from diseases such as Alzheimer’s and Parkinson’s.

«Ultrasound denotes acoustic wave propagation. If you increase the intensity and pressure of these waves, you can cause biological effects on tissues,» says Konofagou.

Some of the ongoing research in Prof. Konofagou’s laboratory also includes the mapping of the mechanical and electromechanical properties of the heart using myocardial elastography and electromechanical wave imaging, the monitoring of High-Intensity Focused Ultrasound ablation therapy with harmonic motion imaging and the using of pulse wave imaging to quantify the stiffness of the arterial wall and assess the likelihood of an aneurysm rupturing. 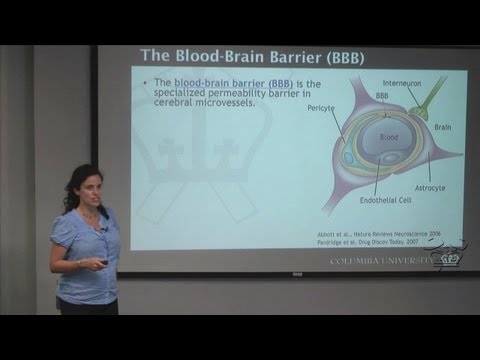