Distinguished Professor of Law in U.S.

Katerina Linos is a Professor of Law at the Chicago Law School and at Berkeley University.

The law and politics of the European Union are another key area of interest in Linos’ research. In Compliance with European Union Directives, she explores empirically why the most integrated international community we know, the European Union, stumbled in its efforts to harmonize the laws of its member states. In Path Dependence in Discrimination Law, she compares early race discrimination cases in the U.S., and early sex discrimination cases in the E.U., and illustrates how early doctrinal developments predict the success and failure of current national origin, age, disability, and sexual orientation claims in the two jurisdictions.

In 2012, Linos won a Hellman Family Fund Grant to investigate empirically whether government rhetoric espousing fundamental rights is accompanied by concrete actions. This project will examine the development and institutional design of National Human Rights Institutions (NHRIs), government agencies established in over 100 countries to improve human rights enforcement. She will also explore whether courts can shape public opinion on the rights of immigrants, the uninsured, and other minority groups.

Prior to joining the Boalt faculty, Linos was an International Law Fellow and Lecturer at Harvard Law School, where she had previously received her J.D. She also recently completed a Ph.D. in political science at Harvard, in parallel with a junior fellowship at the Harvard Society of Fellows. 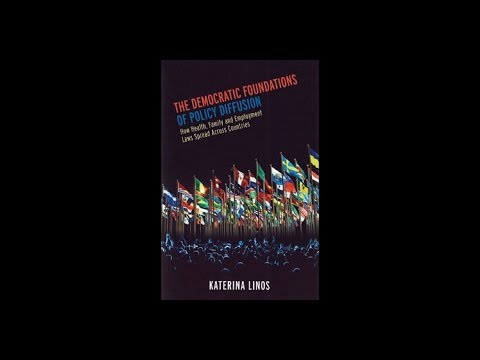