The tenor who fascinates with his voice the world

Dimitri Pittas, is a tenor vocalist and has performed on leading opera stages throughout the United States and Europe. The New York Times praised his performance, stating, “his effortless and cultured singing nailed Italian-tenor style with accuracy. Mr. Pittas has a future and, evidently, already a present”, while the New York Observer called him «a rising young singer of unaffected charm” and compared in look and sound to a young Plácido Domingo.

Dimitri Pittas has been heard on the Met stage as Rodolfo in La bohème, Macduff in Macbeth, Nemorino in L’Elisir d’Amore, and Tamino in Die Zauberflöte.

Pittas opens the 2014-15 season singing Rodolfo in La bohème with Opera de Paris, Opera National de Bordeaux, and Palm Beach Opera. He will also sing the title role of Don Carlo in a new production for Opera Philadelphia, directed by Tim Albery. The tenor will also sing the tenor solo in Verdi’s Requiem with the Rundfunk Sinfonieorchester Berlin.

In the 2013-2014 season, he made two important debuts. One with the Bolshoi Opera of Moscow in the title role of Verdi’s Don Carlo and the other as Oronte in I Lombardi with the Hamburg State Opera.

In the 2012-2013 season, Pittas began with Opera Frankfurt as Rodolfo, before his return to Houston Grand Opera and his house debut with Lyric Opera of Chicago in the same role. In previous seasons he has also appeared at the Metropolitan Opera and at the Carnegie Hall in New York. 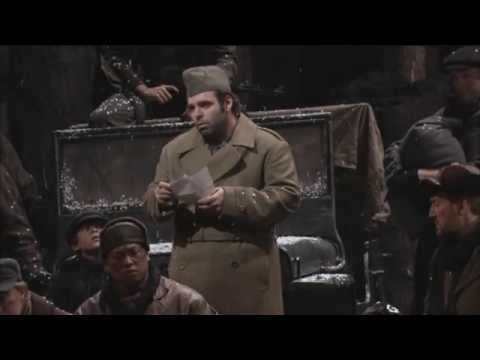