He transformed greek cobbling heritage to a successful company

George Vlagos is the founder and key designer of Oak Street Bootmakers, a Chicago based footwear firm.

He apprenticed at his father’s cobble shop and his life dream is to preserve his ancestor’s heritage of fine shoemaking through thoughtfully designed and attentively crafted shoes. There is currently a six-week wait list for a pair of shoes by George Vlagos. The high-quality craftsmanship and materials combined with the edge design were key to his success.

His father John was a cobbler, who migrated to the United States at the age of 18. He would have George come into his shoe shop and teach him the art, the tricks and secrets of shoemaking and shoe repair.

George studied English Literature, but later gave up any future in academia in order to work for the family craft. He noticed that shoes weren’t crafted as they were crafted during the old days, the materials weren’t good enough and he decided to create leather shoes that would last for a lifetime, exactly as they were made 20-30 years ago.

On August 31st, 2010, he founded Oak Street Bootmakers and sold out his merchandise within the first 24 hours using no advertising at all!

His designs represent modern versions of classical designs, like boots, loafers and boat shoes. The prices vary between $210 and $356 per pair.

He replies personally to all incoming emails even at 2am! He checks every pair of shoes before being delivered to the clients and he’s the one approving the delivery.

His next step as a successful businessman is to expand the brand’s stock to end the waiting list and also to raise the company’s production rates and the list of shops that sell his shoes. For now, clients can purchase his shoes on the web and also in shops in London and New York.

«The best part is as soon as he put them on he did a dance and said that he loved them. It blows my mind that people are walking the streets in New York, in Chicago, in other countries, wearing something that I designed.» 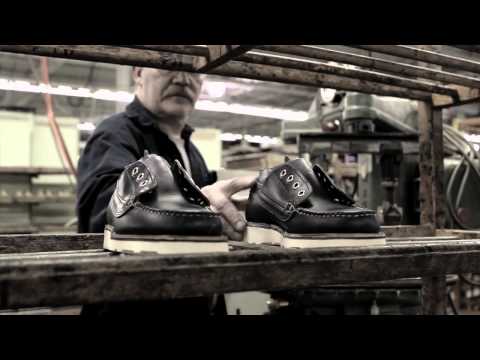