Evangelia Balta was born in Kavala in 1955. She studied in the Department of History at the Aristotle University of Thessaloniki on a state scholarship and on a scholarship from the Alexandros S. Onassis Public Benefit Foundation she later went on to study at Paris I-Sorbonne and the École Pratique des Hautes Études IV Section. She received her doctorate in Ottoman History in 1983. She worked in the Historical Archive of Macedonia and at the Centre for Asia Minor Studies and also taught at the Ionian University during the first two years after of its foundation and she has been a Researcher at the National Hellenic Research Foundation since 1987.

Her interests are centered on subjects related to economic and social history during the Ottoman period, as well as the Greek culture of Asia Minor. In addition to her commitment to various programs at the National Research Foundation, she has also served as a scholarly advisor for the Museum of Olive and Greek Olive Oil in Sparta, the Museum of Industrial Olive-Oil Production in Lesvos, and the Museums of Wine at the Ktima Hatzimihalis and the Ktima Gerovassiliou (Epanomi). She was an academic supervisor for the restoration of the Kayakapi neighborhood (Project Kayakapi) in Ürgüp, Turkey.

Since 2008 she has been organizing several international conferences of Karamanlidika Studies and since 2011 she has been conducting seminars in the Intensive Ottoman and Turkish Summer School of Harvard University’s Department of Near Eastern Languages and Civilizations.

On June 11th, 2014, Balta was awarded the medal Οrder of Merit by the President of the Turkish Republic, Abdullah Gül. From November 2013 until May 2014, she organized a series of historical lectures on “Languages and alphabets of Muslim and Non Muslim minorities of the Ottoman Empire” at the Sismanoglio Cultural Center of the Greek Consulate General in Istanbul. 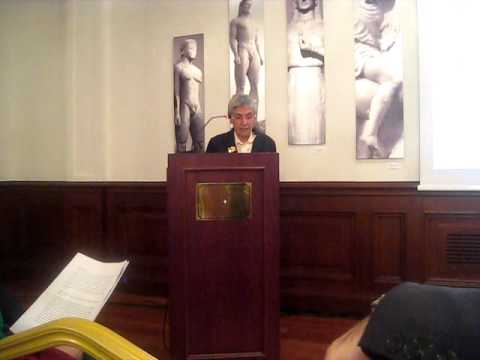