The researcher who discovered double meaning in DNA

John Stamatoyannopoulos, M.D., is Associate Professor of Genome Sciences and Medicine (Oncology) at the University of Washington School of Medicine. A second code, hidden within our already known genetic code, is said to have been discovered by his scientific team.

He holds degrees in Biological Sciences, Symbolic Systems, and Classics from Stanford University, and an M.D. from the University of Washington.

He completed residency in Internal Medicine at Brigham and Women’s Hospital, Harvard Medical School, and was a fellow in Oncology and Hematology at Dana Farber Cancer Institute and the Massachusetts General Hospital.

Dr. Stamatoyannopoulos” laboratory focuses on decoding the regulatory circuitry of the human genome through the application of high-throughput molecular and computational technologies.

“We have found that our genetic code can be interpreted in two different ways, not just one,” said the leading Greek researcher

He directs the UW ENCODE Center, the Northwest Epigenome Center, and the High-Throughput Genomics Center at UW, which provides large-scale sequencing and epigenetic analysis capabilities to diverse investigators.

He has received numerous awards such as Litchfield Lectureship with Title from Oxford University, Distinguished Alumni Achievement Award from University of Washington School of Medicine, and Excellence in Research Award from American Federation for Clinical Research. 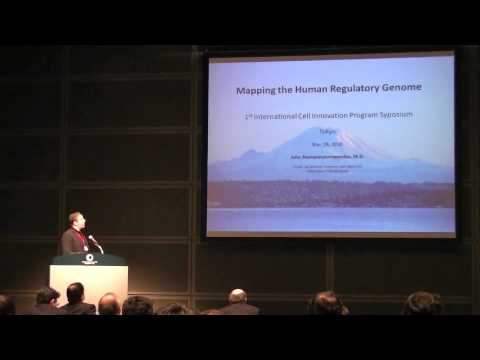