The screenwriter of swedish movie “The Girl with the Dragon Tattoo”

Nikolaj Arcel is an award-winning director and screenwriter. In 2013, his film A Royal Affair was nominated for Best Foreign Language Film at the Academy Awards and also won two prizes at the Berlin International Film Festival.

Arcel was born in Copenhagen in 1972 to a Danish father and a Greek mother with origins in Mytilene, Libby Tata Arcel, who’s a prestigious psychology academic in Denmark and a professor at the University of Copenhagen.

Nikolaj graduated from the National Film School of Denmark in 2001. Screenwriting is the accomplished director’s passion, having written the Swedish remake of The Girl with the Dragon Tattoo, a story that gained wide acceptance after the American remake, starring Daniel Graig.

He made his directing debut with King’s Game in 2004, a political thriller and award-winning film in the Scandinavian countries. His second feature film Island of Lost Souls ranked among the most popular Danish blockbusters.

The Greek Danish director Nikolaj Arcel has written 9 movies and also directed 4 of them. His last film A Royal Affair, produced by Zentropa Entertainment and Lars von Trier, tells the story of the romance between the Queen and the royal physician during the 18th century reign of King Christian VII of Denmark. The film opened in 2012 during the Berlin International Film Festival and received two Silver Bears of Best Actor for Mikkel Følsgaard and Best Script for screenwriters Nikolaj Arcel and Rasmus Heisterberg, the 10-year co-writer of Nikolaj. Later, the film broke box office records in Great Britain, Australia and France and was nominated for a Golden Globe Award in the same category.

Nikolaj Arcel visits Greece and the family house on his home island of Mytilene every year. 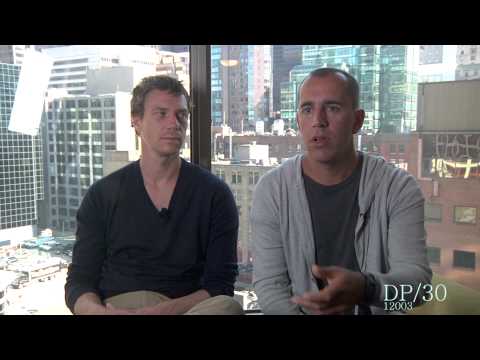